The furthest I had run between up to the age of 33 was 1500m at school. I am asthmatic (this is no excuse as so is Paula!) The first time I went for a run I managed 11 mins and thought my lungs were on fire.

I say I run but it’s more like jogging. Infact most people could hop backwards faster than I can “run” When I first started running Mr R once ran up a hill backwards whilst “encouraging me” It did encourage me to swear very loudly and profusely! Some years later I recalled the story whilst running with Boom who rather stupidly recreated the scene…. Same reaction! (Note: if we run together don’t try it)

Manchester 10k was my inaugural race. I was met at the end by a hugely disappointed four year old “mummy you did all that training and you didn’t win!! I was 28,000th or something similar! His older brother muttered”a banana and a chicken beat you mummy”Despite the feedback I was super proud of myself and felt chuffed with my medal and foil blanket.

My first half marathon was in Bath on an unseasonably warm March day, my highlight was seeing the elites flying across the ground whilst I plodded on inspired me. I was delighted to make it round but looking rather puce and swearing that I would never do another or a marathon! I couldn’t comprehend that being half way?..But I wore my half marathon finishers t-shirt with pride as I jogged the streets of Manchester.

I did some more half marathons……Eden project, Bristol, Marple, Liverpool, Wirral, Chester and Wilmslow, each confirming what I know to be true there will always be someone older fatter and more bandaged ahead of you. The chicken and the banana continued to beat me. I have learnt to enjoy a chat with fellow runners and occasionally stop to take pictures on route. I have also learnt however low my sugar levels not to take jelly babies from children at the side of the road (I am vegetarian and who knows if they have washed their hands???)

When the Manchester marathon was restarted we had to do it. My flawed logic is I could be home in bed 15 mins after finishing! A freezing morning arrived with hail sleet and sub zero temperature (in April) half the entrants didn’t turn up! By half way fellow competitors were being taken off the course with hypothermia…. I kept going one foot in front another. At mile 17 I saw a friend who was marshalling and clung to her for body warmth. The thought of my boys and my parents being at the end kept me going until mile 23 when my mum text to say it was a bit cold and windy to come out to watch!!! So I crawled down the underpass and up the stairs (they subsequently changed the course) and ran to the park which was now a bog to find Mr R who at Mile 18 had thought he was having a stroke due to a numb face and flashing lights in his eyes (he was just cold!)! It has forever been known as the day Mummy turned purple! Due to a rather pedestrian pace the boys now say “if it’s a marathon Mum can we stay home it takes you half a day to do that”

In an attempt to have a more positive marathon experience I entered Liverpool! At mile 4 a small scouse boy shouted “why use only joggin” I nearly pushed him in the Mersey! I ran from mile 9 to 16 with a guy and his daughter and had a lovely chat. What a lovely thing to do with your dad! Running through the Mersey tunnel to the beat of a drum band was an incredible unplifting experience. I met my son at mile 17 to get a drink and some food and a hug. At mile 22 a guy and his wife assured me there was a bar at mile 23 and a gin and tonic awaited. I cried for most of mile 24 and 25 for no real reason other than it seemed to help! Remembering to smile for the finish so my boy never saw the pain.

Every race has thought me another mental trick and another thing about myself, about where I am prepared to take myself and how I enjoy the uncomparable feeling of achievement at the end. So I took these “running credentials” and applied them to my running dream. 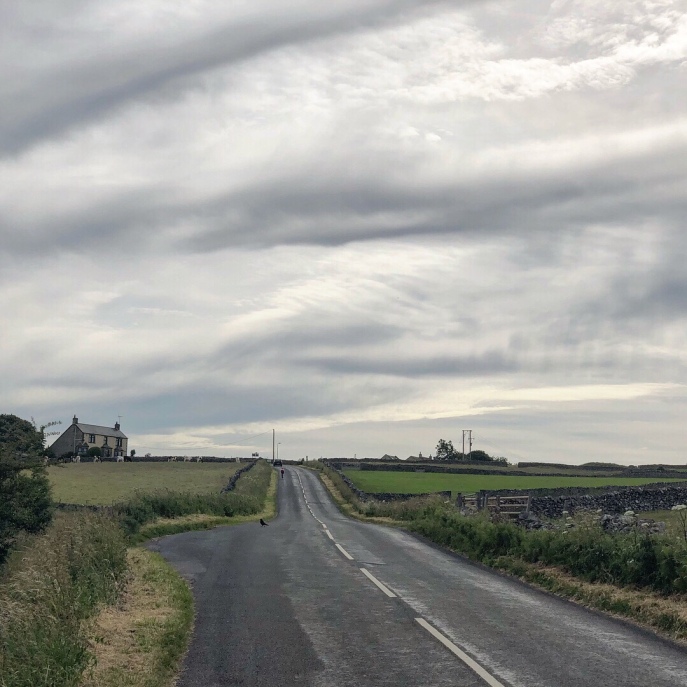 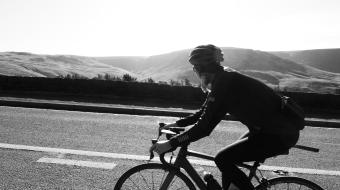